Are the police allowed to lie in order to get a statement or confession? 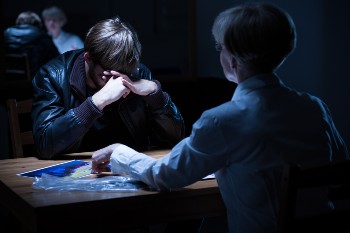 Many of us are raised to believe we can trust the police to protect us. While this is usually true, police officers can and will use questionable tactics to elicit a confession or statement out of someone they suspect of a crime. These techniques sometimes involve lying. Law enforcement officers can legally lie to you in order to gain the truth they are seeking if they suspect you of a crime.

Why Police Offers Are Allowed to Lie

Police officers are legally allowed to lie in a situation where they have other evidence such as DNA but wish to record a confession to make conviction easier. It is a common belief that the police are honest, which is why it can be very convincing when they choose not to be. You may be told falsified details or outcomes that will compel you to confess, whether or not you are actually guilty. While in most cases they lie in an attempt to confirm evidence they already have, sometimes they aren’t so honorable.

Lies Police Officers Can Use

There are many types of lies a police officer might tell in order to elicit a confession. Some of these include:

Unfortunately, sometimes lies can turn into threats. Police have been known to tell suspects that they will never see their families again if they do not confess or that they are in physical or financial danger if they do not cooperate.

Know Your Rights If You're Charged With A Crime In Virginia

If you are being questioned by the police, know that you have the right to remain silent. Your Miranda rights state that you are never legally obligated to speak to the police without a lawyer present.

Even if you know that you’re innocent and feel like there’s nothing to hide, it’s a good idea to not speak to a police officer until you have proper legal counsel. The simplest of words can and will be used against you when it comes to solving a crime.

If you've recently found yourself in need of an experienced criminal defense attorney in Virginia you should speak with us as soon as possible. Please contact us online or call our Fairfax, Virginia law office at 703.277.2811 to schedule your free consultation.