Defamation of Character in Divorce: What Virginia Couples Can Learn From the Johnny Depp and Amber Heard Trial 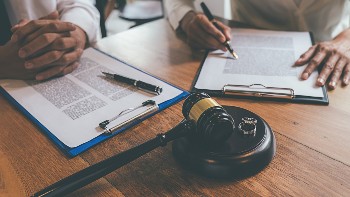 There’s no doubt that ending a marriage can be a messy process. When tensions run high, spouses may lash out by saying things that are incredibly hurtful. Sometimes, this may even rise to the level of defamation—as seen in John C. Depp, II v. Amber Laura Heard (CL-2019-2911).

At the heart of the dispute between actor Johnny Depp and actress Amber Heard is a December 2018 opinion column in The Washington Post, which is printed in Fairfax County. In the column, Heard describes herself as a victim of domestic violence. She does not name Depp directly, but readers were quick to note that she had first raised allegations of abuse during their 2016 divorce proceedings. These allegations were also reported in The Sun, a London tabloid that Depp sued in 2000 for labeling him a “wife-beater.” (He lost the case when London courts found the majority of Heard’s claims could be proven to the necessary civil standard.)

Depp is suing Heard for $50 million, and she has responded with a countersuit for $100 million in damages. The jury in the case is considering Heard’s countersuit alongside Depp’s original claim.

So far, testimony in the defamation trial has involved allegations of illegal drug use, emotional abuse, physical violence, and sexual misconduct—with each side attempting to portray the other as a narcissist guilty of an elaborate hoax. Attempts to quantify damages caused by the allegations have focused on the success of Depp’s movie career prior to the couple’s divorce and his recent difficulty obtaining work in Hollywood, but it will be difficult to link this to Heard’s column. To further complicate matters, the couple’s marriage counselor, Laurel Anderson, has said she saw elements of “mutual abuse” in their relationship.

Determining Grounds for a Defamation Suit

Can I sue my spouse for defamation during a divorce? It’s a fair question if you’ve been following Depp and Heard on social media and are going through a bitter divorce of your own, but the options that make sense for Hollywood stars seldom apply to ordinary couples who are ending their marriages. Defamation is a legal term used to describe both libel (statements made in print) and slander (statements made verbally). Statements must be false, not protected by privilege, and cause injury to a person’s reputation.

The vast majority of divorces in Virginia do not involve conduct that meets the grounds for a valid defamation suit. However, if you or your spouse have high-profile careers where allegations of domestic violence, substance abuse, adultery, or other types of misconduct could cause damage to your professional reputation, you may wish to discuss your options with your attorney. Balancing the potential payoff from a defamation suit with the time, expense, and stress involved is not easy—especially if you have children who will be affected by the added publicity such a case can bring.

Do You Need to Speak to a Virginia Divorce Attorney?

If you are considering ending your marriage and have questions about the possibility of filing a defamation suit against your spouse, you need to speak with an experienced Virginia divorce attorney as soon as possible. Please contact us online or call our Fairfax, Virginia law office at 703.277.2811 to schedule your free consultation. We help clients throughout Washington D.C., Maryland, and Virginia and look forward to helping you.